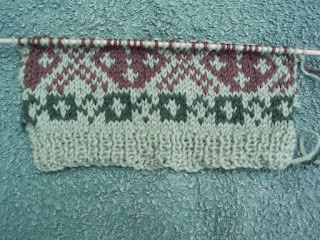 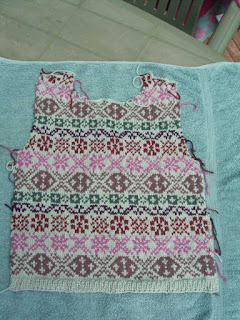 Wish me luck.﻿
The pattern for the Abundance Pullover is now available.
This is a Boat Necked Lace Pullover, knitted in a Bamboo Cotton blend.  The yarn I’ve used is Sirdar Juicy DK, which is beautifully soft and has gorgeous drape. 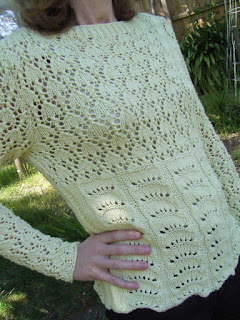 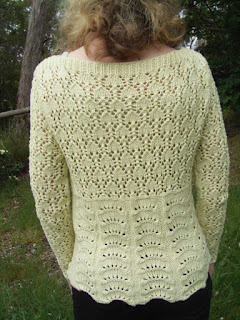 This pattern is available to buy from Ravelry for $US 5.00

Well, my beret design didn't pass the test knitting phase, so I won't be publishing this one. I don't know why the fit worked for some and not others. I don't know enough about yarn choices for berets to be able to provide guidance on that. I might try a beret or tam again a bit further down the track and enjoy wearing this one in the meantime. For now, I'm moving on.
A new cast on! I knew that #jamiesonandsmith2ply came in lots of colours, but I didn't fully appreciate it until I went looking for this bright blue. It was just what I was looking for! I found it at the lovely #sunspunyarns , which was a lovely cool respite on a ridiculously hot day a week ago.
I'm excited to get this pattern out into the world soon. It's currently being test knitted, and I hope to have it published in a few weeks. Happy New Year to everyone, and here's to my first pattern of the year!
I've finished my first ever beret design. 🎉
I only managed to publish 4 new designs this year. I blame the poncho, which required a lot of knitting time. I absolutely love it, and it was worth every moment. This is the cost when you have to do all of your own sample knitting on top of another job. I do have a beret pattern which I'll be needing test knitters for very soon. Keep an eye out for this if you think you'd be interested. It's my first ever beret design, which is very exciting!
I don't know about you, but where I am, the time between Christmas and New Year is weird.